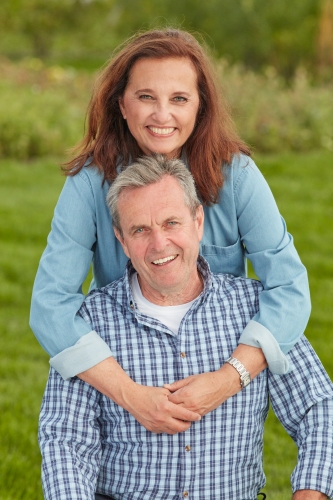 Satur Farms was started 20 years ago by a farmers’ daughter living and working in New York City and yearning again for country life along with her chef-husband, at the top of the culinary world, but lacking the fresh ingredients that he worked with in illustrious kitchens in Europe. Armed with Paulette Satur’s plant science degrees and Chef Eberhard Müller's passion for culinary perfection, they set about growing their farming business together.

The inception and rise of Satur Farms were instrumental in bolstering the nascent locally grown food movement. Satur Farms now grows, packs, ships, and markets to restaurants, retail, wholesale, foodservice, and specialty customers all along the Eastern Seaboard, certainly a long way from its initial vegetable garden for fresh-obsessed chef. Satur Farms specializes in baby leaf- wild roquette arugula, baby spinach, spring mix, mizuna, tat soi, baby kale, along with other leafy greens such as a French-style Frisée and baby root vegetables. Farming operations on Long Island’s North Fork in summer and in the mild Florida climate in winter allow for year-round supply of sublimely fresh vegetables. Product harvested on Long Island is shipped to the NY metropolitan area often in under 24 hours. Their commitment to fresh, high quality, nutritious, and sustainably grown produce has never wavered and is expertly supported by their dedicated team.

Satur Farms owned and operated by Paulette Satur and Eberhard Müller is dedicated to growing the finest vegetables and culinary ingredients. It began when they purchased their original farm on the North Fork of Long Island in 1997, with the intention of growing some vegetables and herbs for Chef Müller's restaurant. Colleagues in New York City asked if they might be able to buy their produce, and the farm as a business became a reality.

Paulette Satur grew up on her family farm in central Pennsylvania, studied Horticulture at The Pennsylvania State University and was awarded a graduate degree in Plant Physiology from The University of Arizona. After twelve successful years in the wine business in NYC, she returned to her love of the land when she and Eberhard purchased their farm. They've become an agricultural force and economic driver on Long Island’s North Fork, leading the governor to have chosen Paulette to sit on his economic development council.

Eberhard Müller arrived in this country from the Black Forest of Germany after having worked for four years in Paris with Alain Senderens at the three-star Michelin restaurant L'Archestrate. He shot to fame when he opened Le Bernardin with Gilbert LeCoze and was awarded four-stars from The New York Times. He later became Chef of Lutece after Andre Soltner's retirement, was subsequently Executive Chef at Bayard's in downtown Manhattan. He is now at the farm full-time.  After more than thirty years in restaurant kitchens, he has taken on the challenge of growing produce and supplying other chefs with the raw ingredients that he found difficult to procure at a freshness level meeting his exacting standards.